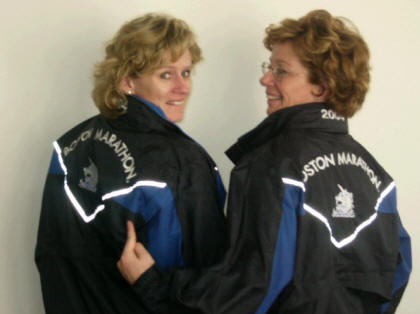 Immediately after our first ancestor donned an animal skin for warmth, clothing has meant more to man than mere protection from the elements. Not only does clothing make the man, but what we wear also helps define whom that man is. It is a form of magic that the threads we weave grant us.

Some times clothing is a symbol of authority or power. It could be a statement of individuality or an indication of membership in a peer group. Clothing not only helps identify us, but it can be used to hide who we are. Clothing can be a shield or an expression of who we want the world to see us as. A $2000.00 business suit tells the world that you are a successful businessman, but it could also be hiding criminal intent.

Just as police officer’s uniform and badge are statements of his importance and authority, the Goth’s black clothing and stark makeup is their way of stating their exclusion from and disdain of society in general, and their inclusion in a societal subset of the same general ideals and tastes.

Race shirts and other paraphernalia have a similar meaning to people in the running community. You can tell the hard-core ultra guys from the five k runners by what they wear. A Western States buckle, or a JFK T-shirt sets the bar for discussions among long distance aficionados. A New York or Marine Corp race shirt has triggered a “Gotta do that one” reaction in me, as have others. I know, because I wear my fair share of race shirts. have my personal favourites based upon colour, cut, graphic design and most importantly, prestige.

The prize of my race clothing collection has to be my 2002 Boston Marathon jacket. This jacket obviously means more to me than the attendance and completion of an event. I haven’t completely figured out why I wear that treasured jacket as much as I do. I guess for me, wearing it is an important statement who I am as both a runner and a measure of the effort required to earn it. It probably seems tacky or boastful to some, but for me it’s been a source of pride and accomplishment.

As a side benefit of wearing it, complete strangers see the jacket as an unspoken means of introduction. On numerous occasions, it has become an immediate and safe topic for others to begin a conversation. The jacket has given me the opportunity to talk with people young and old, in lobbies, elevators, airports and malls, anywhere I’ve gone. I’ve even had an elderly gentleman turn to me in an elevator and make me feel like a celebrity or hero by congratulating me and shaking my hand. It was a truly surreal experience.

Over the few years that I’ve worn the jacket, I have found most interactions can be broken down into three types, confirmation, determination and finally brotherhood.

Usually I get this reaction from non-runners who have heard about the marathon, but know little else about it. They know the marathon is held in Boston Massachusetts, but usually have no idea how long a marathon is, when it’s held or its importance to the running community at large. They only know that it is important and if you participated in it you must be a “real” athlete. Of course the first question is whether I actually ran in the Boston marathon and the second is, of course, how long a marathon is. In answer to the first question, gently tell them that I wouldn’t be wearing the jacket if I didn’t finish. Most people that ask this question have a hard time understanding this code of honour.

Those runners that are chasing their personal Boston dream fit into this category. For some, the challenge of qualifying is trivial, but for most, the struggle towards that starting line is a tough journey, fraught with hard work and disappointment. They want to know the tricks used, where you qualified and if it was all worth the effort. The person chasing the dream wants the details, how was the start area is set up, are there many people lining the route, are the girls at Wellesley College as loud as rumoured and what was running that last kilometre down Boylston Street really like. Some are desperate for a taste of what is to come, some feign disinterest, both will hang on your every word.

These are the people that have “been there, done that”. Whether it is someone who has just run their first Boston or a veteran from before the running boom, anyone that started in Hoppington and finished on Boylston Street is a member of a special society, Boston Marathon finishers. “How many times have you run it?” and “How was the weather your year?” are common questions from veteran, to veteran. The common experience of effort joins us and makes us comrades. Tales of years past, become the sharing of a joined history of which both have become a part.

Friends and family are included in this brotherhood by association. I have met many people who, while not runners themselves, have supported and followed their marathoners on their quest for that elusive qualifying time and their victory lap of 26.2 miles. For these people, while they may never run a marathon, are touched by the effort. It’s guilt and glory by association.

I’m heading back to Boston in the spring of 2005 for the third time. This time I’m not going alone. This time I’m taking my daughter Amanda so she can participate and become a small part of the history of this race. I’ve experienced this event and I want to share it with my daughter and running partner. Together we will be following the line that threads its way from Hoppington to downtown Boston. I’m not sure if she will understand it all or appreciate her participation. I do know that when we return that there will be two 2005 Boston Marathon jackets in our closet, so we can both share the magic of the event with others.

These simple jackets, pieces of clothing woven from simple threads are more than just protection from the elements. They are touchstones on the journey, a source of inspiration, badges of inclusion and symbols of achievement. There is magic woven into those threads for those that can see it.