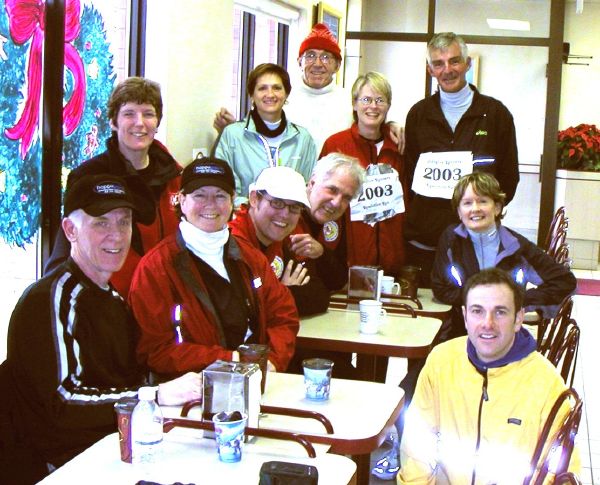 Here it is once again. It’s New Years day and everyone trots out their New Year’s Resolutions.

It’s a golden opportunity for change, for the ending of bad habits and the promise of new beginnings. With the old year behind us, and the fresh year looming in front of us, it seems like the perfect time to rededicate ourselves to becoming something better than we are now.

For some it’s the same old, same old, recycling what they say they are going to change year after year. They say they’ll lose 10 lbs, start going to the gym or stop some other bad habit. Pledges are given a token effort, with no intention to really follow through. All the promises made and potential wasted. Well, that is until next year, when the same resolutions will be made again.

There’s also a group that resolutely refuses to acknowledge that changes need to be made. While they are more honest with themselves, they miss an opportunity to reassess and reflect. Of this bunch of people, my personal favorites are the people who paradoxically resolve to not make any New Years’ resolutions and immediately break their resolution by not making one.

For others it’s a line drawn in the sand that has become a now or never moment. The passing of time, the reminder of ones mortality or feeling that life is slipping by is the reason for their new found resolve. But the real difference between the first group and this group is that they not only have a resolution to fulfill but they also have desire and a plan to make it come true.

“Every new beginning comes from some other beginning’s end.”
– Seneca (4 BC-65AD)

For the Burlington Runners Club, there have been a couple of end of year traditions that we’ve used to mark the boundary between this year and next.

The first has been the New Years Eve party at a club member’s house, with the usual party food and drinks with friends and the not so traditional scavenger hunt, including a run outside in the cold.

The second tradition has been to start the New Year off, not by making promises, but by running on New Years Day at 11:00 AM. Not only is it a chance to begin the season, but with noise makers and bells, it’s a great way to punish those who made a little too merry the night before.

I’ve always thought of it as a chance to start the year off on the right foot (or left foot if you like), and set the tone of the new running season lurking ahead.

With the New Year comes both new and old challenges and I look at it as a way to start my training with my goals in mind. There’s the Bay, one of the local half-marathons and of course the spring marathon. We won’t even mention any of the other events that we have to plan and train for. All of these events demand that the training schedules start the first week in January.

Depending on how you look at it, changes are both endings and beginnings. We begin, first by ending something else. As we close out one racing season, filled with memories, adventures, beginnings and endings, a new season begins, full of potential and wonder.

If you miss the Resolution Run and the club’s celebration of the day, why wait for the next New Year to rededicate yourself?

Every day, every hour and every minute can be an opportunity to make a change or to start again.