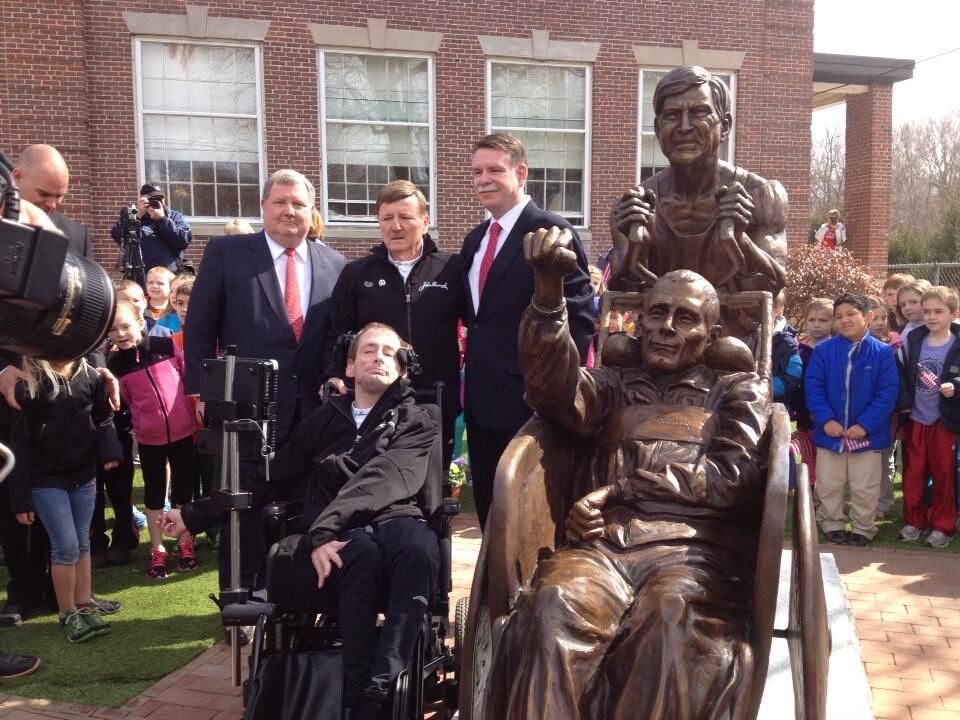 I know that for some, this is old news (April 2013), but this was the first time I’ve seen the completed statue.

Rick and Dick Hoyt (Team Hoyt) have been an inspiration to many and in particular, to Amanda and myself.  We’ve had the pleasure to qualify and start the Boston Marathon with Team Hoyt four times over the years.  I was inspired to train, push myself and qualify both of us so I could share the Boston experience with Amanda.

It’s surprising to me that according to Snopes, Team Rocket was only the second wheelchair team to complete the distance in Boston. I would have thought that there were more people crazy enough to qualify pushing a wheelchair.