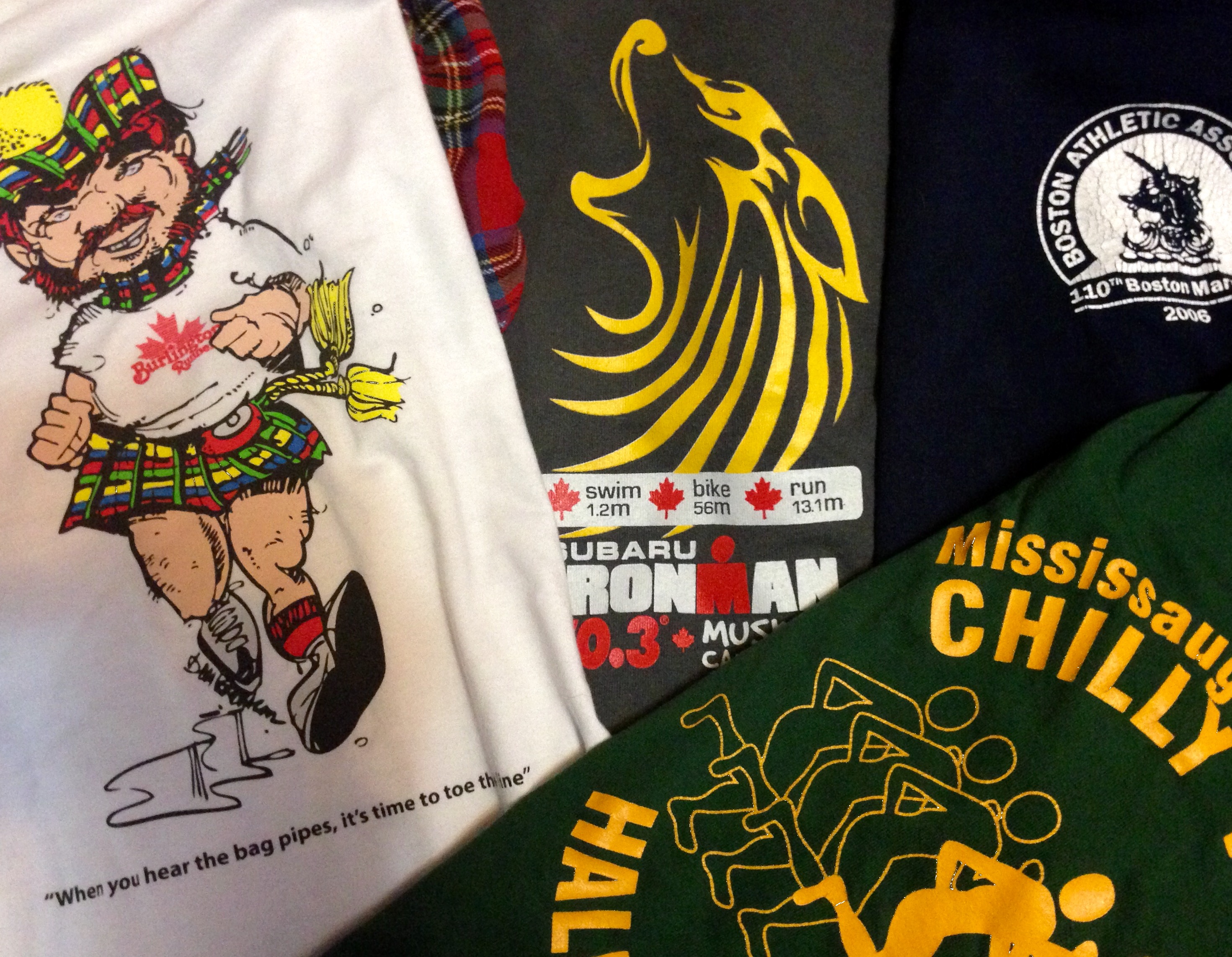 In the running community the wearing of race T-Shirts has become a sign of accomplishment and fashion. Choosing just the right T-Shirt for that special occasion can be a daunting and difficult task. The following guidelines have been compiled (in fun) to help the responsible T-shirt wearer avoid potential embarrassment and/or elevate their perceived status in the running community.

Please note: I didn’t write this, but darned if I can find out who did. I did do some minor editing and additions, but I can’t take credit for the bulk of this article, only the sentiment.