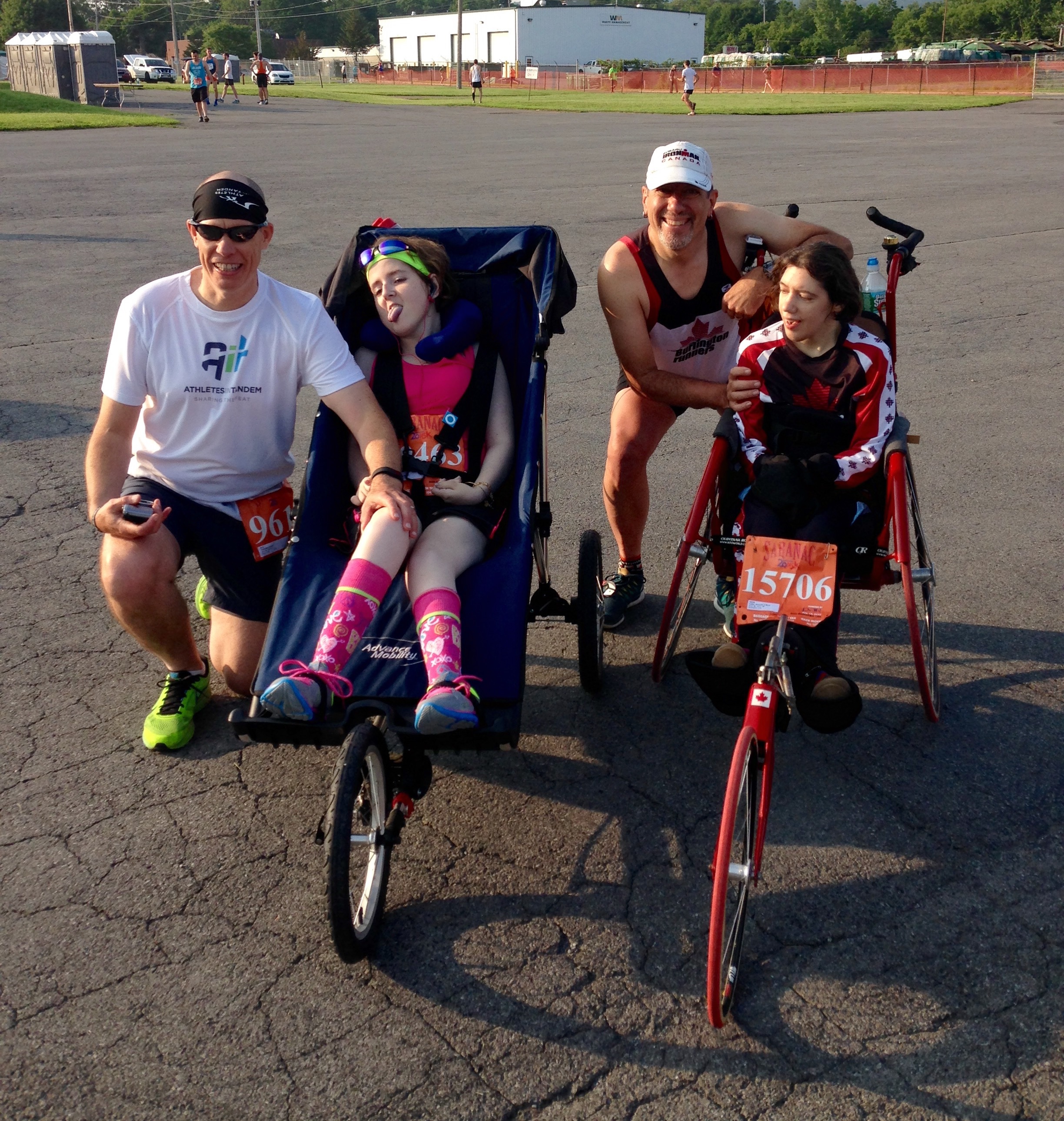 For the first time Amanda and I had another wheelchair team to start with at the Boilermaker, a young lady named Emily with her dad Howard pushing.  It was wonderful to have met them.   Emily is about 12 years old, trapped in a body that doesn’t work, but I could see the charming young lady hiding inside. They where only the second wheelchair team to start the 15 km race, Amanda and I being the first team to do the race in 2011.

Both Emily and her dad Howard were excited to be there, it was their first time at this race as a team. Howard being a local area resident and runner had done the 15 km a few times by himself, but this was the first time with his daughter.  It was also the first race for their new racing chair.

The two teams started off together for the first mile, but I had a plan to make this one just a little more memorable for Emily and her dad.

Amanda and I pulled ahead when my legs finally got warmed up and when we got about 300 or 400 meters a head of Emily and her dad, I would make a quick stop at the side of the road. I would tell a group of spectators that there was a wheelchair team behind us doing the Boilermaker for the first time, the girls name was Emily and that they would be doing Amanda and I a personal favor if they would cheer for Emily as they went by.   We stopped and did this maybe 20 to 30 times at various random spots along the race route.

We even managed to talk to three or four DJs playing music and encouraging the crowds of runners. I can only imagine the guys on the PA getting the spectators around them to start cheering for Emily as they ran by.

It worked as planned.  At first Emily and Howard wondered who these people where and how they knew them, but they soon figured out that something was up. Imagine random groups of strangers personally cheering you on during a race.  As Amanda and I got closer to the end of the race I would pick groups of people closer and closer together, so they would be cheered into the finish.

I saw Howard after the race and when confronted, I fessed up to my deed. For them, I hope it made a great race an amazing experience.

It brings a smile to my face just thinking about yesterday’s race. I also hope that for one wheelchair team this will be a race memory that they will cherish and talk about for the rest of the rest of their lives.